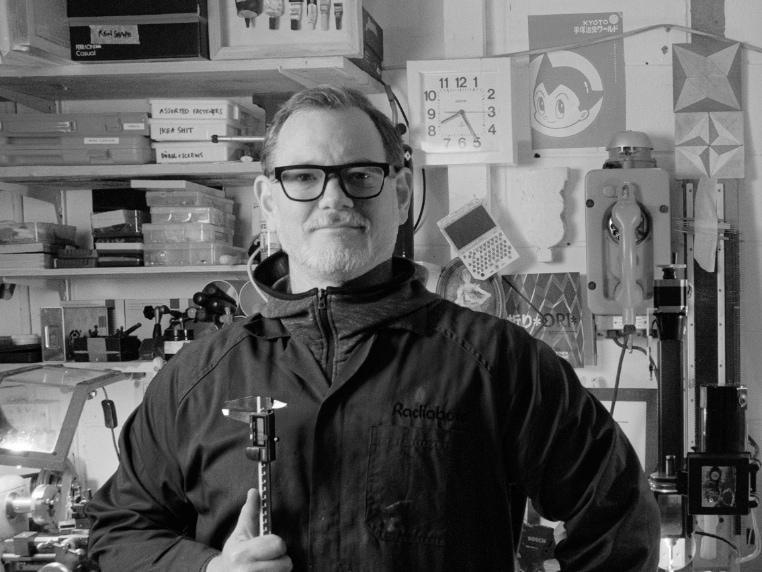 Matthew Gardiner is an artist and senior lead researcher at the Ars Electronica Futurelab in Linz, Austria. He has created a field of art/science research called Oribotics based on the aesthetic, biomechanic, and morphological connections between nature, origami and robotics.

Matthew’s works include Origami House 2003: one square kilometer of paper folded into a full-size house; 1001 Cranes: 7000 paper cranes installed in the shape of a three story high Gingko bonsai; and Radiobots: a radio-based percussive instrument for performance on architecture. From 2005-2006 he starred as a television presenter on ABC Sunday Arts teaching the art of origami. He is the author of Everything Origami, a bestselling origami book, and the publisher and editor of Folding Australia 2005 and Folding Australia 2007. Matthew also curated a major exhibition, Project Genesis, on the topic of Synthetic Biology for the Ars Electronica Centre.
Matthew graduated from the Victorian College of the Arts and obtained his PhD from the University of Newcastle, Australia. He has received numerous grants and awards and has been a resident artist at the Ars Electronica Futurelab, Künstlerdorf Schöppingen, Australia Council Studio in Takadanobaba Tokyo, PICA, Federation Square, Origami House Tokyo, and the Digital Artist@Latrobe Regional Gallery.